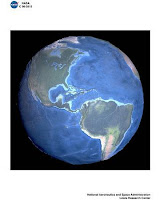 I am currently working on a novel that deals with the meaning of truth through the eyes of science, religion, and two different cultural backgrounds. Frankly, I’m discovering this is not an easy task. I recently read Dan Brown’s latest work, The Lost Symbol, and was quite disturbed at the conclusions he draws about what is true. I wondered whether most of the world shared his views or if people were able to decipher between what is fiction and what is non-fiction. From the public's response and media coverage of Brown’s DaVinci Code a couple of years ago, I’m beginning to think the general public is not that smart.

Since time's beginning, man has argued the issue of what is truth. Just a few weeks ago I started a lively debate with my son about whether or not truth was absolute. He debated that truth is whatever a person thinks it is. I disagreed and, drawing on the scriptures, said, “Truth is truth, has and always will be truth, whether a person understands it or believes it.” This debate continued for a couple of weeks, but without either of us agreeing with the view of the other.

I started researching the topic on the Internet and found quite a heated argument taking place. One asked, “If there were such a thing as absolute truth, how could we know what it is?” Another said, “I don't believe there's one truth. There are a variety of people in the world, so there are a variety of ways of looking at things.” One individual went as far as to say, “People who believe in absolute truth are dangerous.” I laughed at that one. I never thought myself as a dangerous person.

In my research, I discovered more about these different viewpoints, and so I’ll explain them as far as I understand them. First, the correspondence view of truth, or belief of absolute truth, claims that any statement is true if and only if it corresponds to or agrees with factual reality. Thus questions, commands, and exclamations are neither true nor false, because they do not make claims about reality. To further clarify this view, those who believe in absolute truth claim that any clear-cut, declarative statement must be either true or false. It cannot be neither true nor false; nor can it be both true and false. Either the world is round or it is flat.

Those in opposition to truth as an absolute believe in relativism, a view that espouses that truth and morality are relative to a person's situation or standpoint. They deny that any standpoint has the advantage over another and, that since there is no way to prove that something is true, truth has to be whatever the individual or culture deems it to be; it is true only if it works for that particular person or culture. The earth is round, but if another person believes it is flat, then it is both round and flat.

Somewhere between the realms of correspondence and relativism is that of pragmatism, a view that truth should be tested by the practical consequences of belief. Pragmatists are concerned with results rather than with theories and principles. The earth is round because pictures from space verifying that fact exist .

» Can anything be considered truth?

» Can contradictory ideas explaining two different realities both be true?

» Where does truth come from? An individual/culture or from some entity with more knowledge and understanding than that of the world? Or does it spring out of nothing? Does it just exist?

» If truth is manifested by an entity with more knowledge and understanding than that of the world, or if it just exists, does mankind have the right to create his own truth?

» If truth is whatever an individual or culture decides it to be then will truth really ever exist?

» Is proof necessary for something to be true?

To me, relativism and pragmatism miss the mark. What do you think?

Posted by Peggy Shumway at 6:13 AM

John 1: 17 "For the law was given by Moses, but grace and truth came by Jesus Christ." / 1 Nephi: 16: 2 The guilty take the truth to be hard." There are many scriptures on truth.
I like to check secular sources like Websters Dictionary. 1.a. archaic: fidelity; constancy; b. constancy in action, character and utterance.
2a. (1) the state of being the case: fact. (2) The body of real things, events and facts: actuality. (this would be a scientific approach I guess) (3) often capatilized: a trascendent or spiritual reality, b. a judgment, proposition or idea that is true or accepted as true truths of thermodynamics c. the body of true statements and propositions.
3. a.the property (as of a statement) of being in accord with fact or reality. c: fidelity to an original or a standard.
I personally feel that truth is strongly connected to belief and faith. If you do not have faith in the truth, how can you know it?
If someone doesn't believe something is the truth, doesn't make it untrue - they just don't acknowledge it.
Best wishes on your novel.
Margaret

I think I'm a very simple person. I believe that God has ordained mankind to live under His laws, and according to His truth, which I believe to be absolute. Each person on earth has their moral agency to follow the laws of God or not, and they will be judged and assigned a final home according to their intents and works here on earth.

For some reason, I've never been tempted out of that viewpoint.

You are a deep thinker. I am not sure where truth comes from. I guess it is kind of like asking where God comes from. We do not have an eternal perspective on things in our mortal state, so we do not know where truth begins and ends, nor where God began or will end. This is where faith comes into play.

The timing of this post is interesting, as I just had the same conflict with a new family member. His view was similiar to that of your son's. Our conversation initiated with truth, as relates to "right versus wrong", and the concept of absolutes found therein. The question was, "Are there absolutes or it everything relative?" My premise is if there are no absolutes, then, we face the slippery slope destruction of the left's espoused relativism. Under such ideology, anything is acceptable as long as it is acceptable! Whow! Imagine such a world! Well, I guess we don't have to imagine it, as we are now living in it.

I apologize,as my comment above is filled with typos. I hope the content can still be gleaned.