Thank you to Bonnee for inviting me to the Be Inspired Bloghop Meme. I'll answer these questions about my latest manuscript and pass it on. 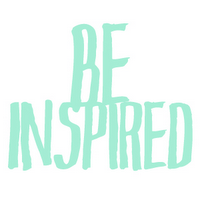 2.        Where did the idea for your book come from?
I attended the lectures of three men who profess the  Hopewell and Adena of B.C. North America had biological ties to the Semitic people. They present some convincing evidence these cultures traveled over the Atlantic Ocean from the old world to arrive on the east coast of the United States and became prominent Native American tribes. This thrashes the well-established theories that all Native Americans came over the Bering Straits to North America. They also offer specific artifacts and DNA research to back up their theories and suggest these Native Americans possessed ample knowledge of Jesus Christ. Most of the scientific community, like the Smithsonian for one,  deem the ideas and artifacts counterfeit, most likely because it goes against years of misguided ideologies.

3.       In what genre would you classify your book?
Mystery/ Suspense

4.    If you had to pick actors to play your characters in a movie rendition, who would you choose? Karina Lombard or Korinna Moon Bloodgood as Onida. Paul Walker or Matt Damon as Lance. Gene Hackman as Senator Thomas J. Blackhour. Alan Rickman as Pastor Will.

5.    Give us a one-sentence synopsis of your book.
An anthropology professor races to uncover a 2000-year-old Michigan Relic mystery said to threaten the face of Christianity before someone destroys all the evidence.

6.    Is your book already published?
Not yet, though I’m determined.

7. How long did it take you to write your book?
I took almost three years to finish the first draft. I work fulltime and also take care of my aged father, so all I have are  a couple of hours a day to chip away at my dream.

8. What other books within your genre would you compare it to? Or, readers of which books would enjoy yours?
I don’t like to compare my work to others. I won’t presume to say my book is like the Da Vinci Code or National Treasure. Mine has more of a character-driven plot and doesn’t hop from disaster to disaster. I use archeology, folklore, religious concepts to explore the theme in a suspenseful story.

9. Which authors inspired you to write this book?
The same three men whose lectures I attended have inspired me. As for the style of writing, I have so many favorite authors: Kate Morton, Jennifer Lee Carroll, Patti Callahan Henry. They use words that stir my creativity. The English language comes alive when they write. I want to engage the senses in my words much like they do.

10. Tell us anything that might pique our interest in your book.
I find the subject of interest to anyone who wants to understand faith. Do we need physical evidence in our hands to believe in abstract concepts?  In God? In vestiges of the past swept under the proverbial rug by manipulative men and concealing agendas? Native Americans have ample stories in agreement  with the themes of my book, and more substantial archeological evidence is coming to our attention every day. Do you need proof?

Thanks for the tag Peggy. I'll pick it up and pass it on as soon as I can.

Thanks for taking part Peggy. Your book sounds really interesting! I can imagine it would stir up a bit of controversy with the conservatives, but hey, I think there's nothing better than getting a decent reaction out of people with the things you write about. Good on you chicka!!! :)

Thanks for the tag. :) Your book sounds great! I love a good mystery. :)

Oh and you got an award too :3 Haha http://thebloggingofanaspiringwriter.blogspot.com.au/2012/08/writers-update-and-liebster-blog-award.html

Hi, Peggy I have started to put together my post for Be Inspired but in the meantime thought you might be interested in a tag for the 8 Ball Meme. Check it out over at my blog if you are interested.

Keep believing in your work, Peggy. It will be published sooner than you may expect.

Nice Site I Am Impresed